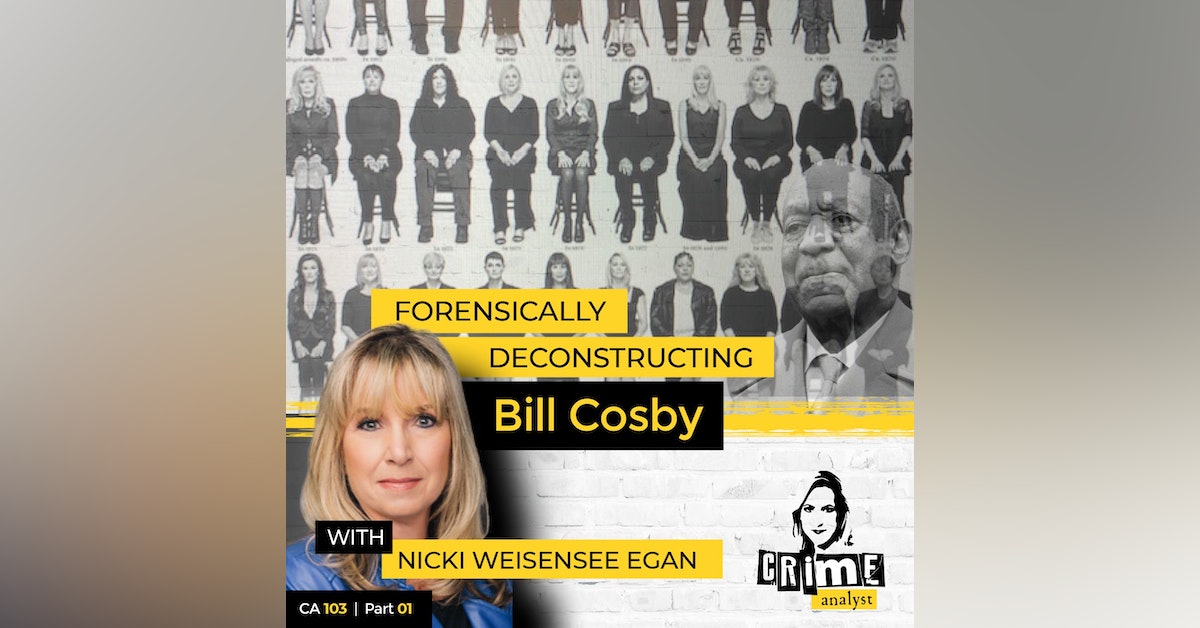 Laura interviews award winning investigative journalist Nicki Weisensee Egan. For years Nicki was the one reporter who investigated Bill Cosby. Nicki documented her investigation in the book Chasing Cosby, which was the basis for her award winning podcast of the same name.
More than sixty women made allegations against Cosby across the years. In December 2015, the Montgomery County District Attorney's Office announced it had filed an aggravated incident assault charge in Andrea Constand’s case. It took nearly three years and two trials to convict Cosby. He was sentenced to 3-10 years.
When Cosby was convicted in 2018, many considered the jury’s decision a landmark in the movement to hold alleged sexual predators accountable. However, in July 2021 Cosby’s conviction was vacated and he was discharged from prison. Laura and Nicki discuss how and why this happened and the latest in the case. You won’t want to miss this.
Trigger warning: Listener discretion is advised. This episode may be upsetting and/or triggering and it will be angry making.
#Survivors #BillCosby #CrimeAnalyst #Expert #Analysis #Behaviour #TrueCrime #Podcast #Crime
Clips
https://www.youtube.com/watch?v=F1xLRQjDs8A
Sources
https://www.nbcnews.com/news/us-news/60-women-accused-bill-cosby-his-conviction-had-been-considered-n1272864
https://www.nicoleweisenseeegan.com/
https://www.thewrap.com/60-bill-cosby-accusers-complete-list-breakdown-guilty/
https://www.washingtonpost.com/graphics/lifestyle/bill-cosby-women-accusers/
https://www.today.com/news/cosby-accusers-react-vacated-conviction-not-about-race-it-s-t224811
Thank you to my sponsor Storyworth:
For a thoughtful, personal gift from the heart preserving their memories and
stories for years to come Go to StoryWorth.com/analyst and save
$10 on your first purchase!
Crime Analyst Merch
https://crime-analyst.myshopify.com/
Leave a Review
If you want to support my work and Crime Analyst and if you enjoyed this episode, please leave a 5-star review here: https://www.crime-analyst.com/reviews/new/