Across this series Laura deeps dives the murder of 39-year-old French TV and film producer Sophie Toscan Du Plantier who was found brutally murdered at the bottom of the driveway to her holiday home in Schull, West Cork, Ireland on the morning of December 23 1996

Join Laura each week in the intelligence cell as she analyses the victimology, the crime scene, the most likely sequence of events the night that Sophie was murdered, the investigation as well as how Sophie was framed in the media and others and how she became a footnote in her own murder. 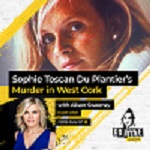 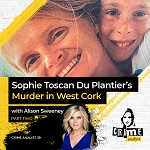