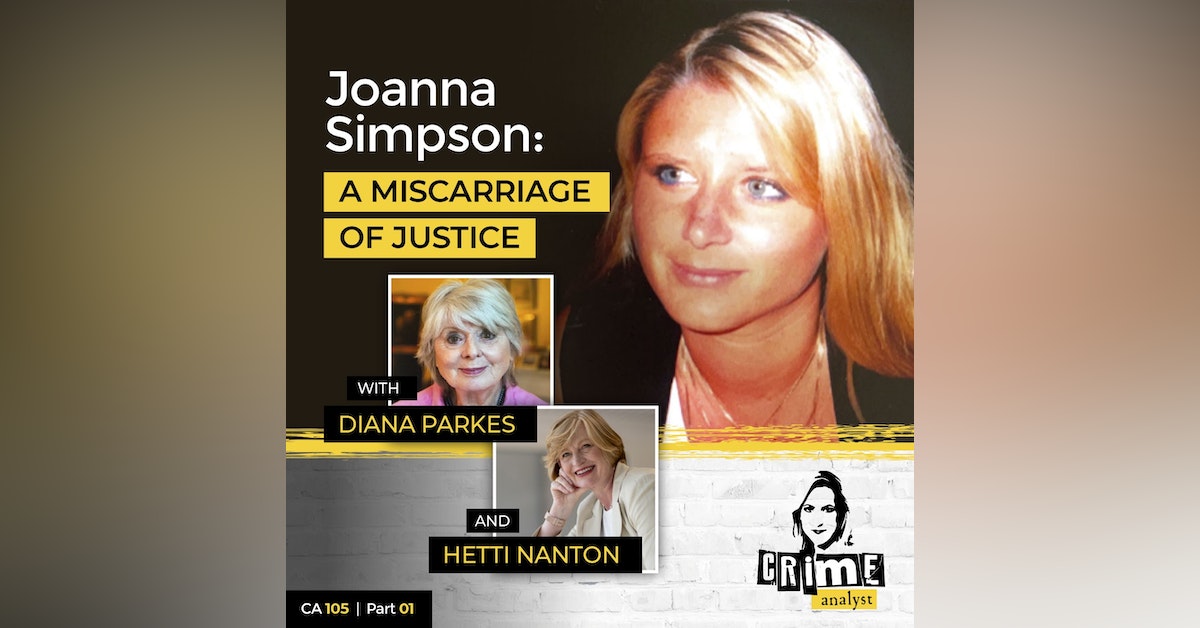 
Joanna Simpson was brutally killed on October 31, 2010, by her ex-husband Robert Brown a British Airways pilot, one week before their divorce would be finalized at the High Court. Brown dropped the two children home. He took a claw hammer with him and bludgeoned Jo to death, hitting her at least 14 times.


At Brown’s trial, the court heard how he bundled the children into his car and wrapped Jo’s body in plastic sheeting he had brought with him along with a white overall suit. He placed her in the boot before driving to Windsor Park where he had already dug a grave and put down a makeshift coffin.


After nearly 15 hours of deliberation, the jury cleared Brown of murder. He was convicted for manslaughter by reason of diminished responsibility and sentenced to 26 years, the maximum sentence allowed. He will be released after serving just 13 years in 2023.


Listen as we discuss the case, the events leading up to Jo being brutally killed, the details about how Jo was killed and what happened afterwards in terms of Brown’s post offence behaviour and the trial.  We discuss the prosecution’s case and how the family were treated both inside and outside court.


Laura also shares critical insight about the case and Brown’s mindset, which she has seen repeatedly amongst men who kill their former or current partners. This insight is essential if we are to prevent murders in slow motion like Jo’s and effectively prosecute men like Brown.


Trigger warning: This case is upsetting, and it may be triggering. Listener discretion is advised. Let us know your thoughts on social media or via the Crime Analyst website.

Treat yourself or a loved one to some Crime Analyst Merch
https://crime-analyst.myshopify.com/


Leave a Review
If you want to support my work and Crime Analyst and if you enjoyed this episode, please leave a 5-star review here: https://www.crime-analyst.com/reviews/new/