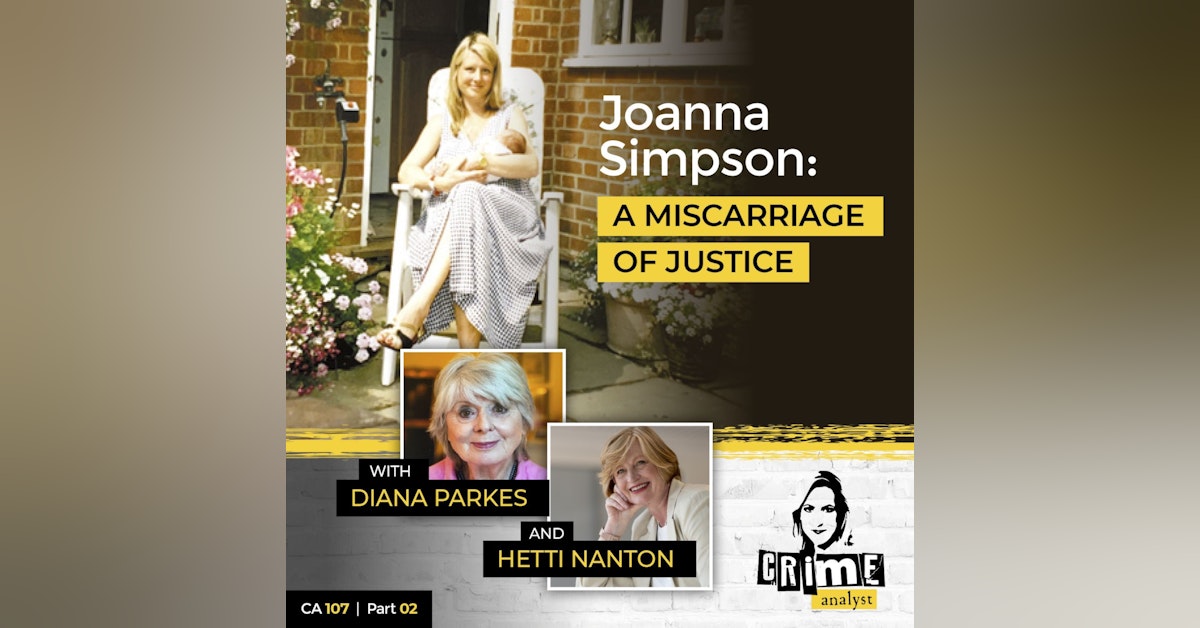 In this episode Laura, Diana Parkes, Joanna’s mother and Hetti Nanton, Joanna’s best friend and chair of the national domestic violence charity, Refuge discuss the events leading up to Jo being brutally killed by Robert Brown, as well as how Jo was killed and what happened afterwards in terms of Brown’s post offence behaviour.


Diana shares what happened at the trial including how she and her family were treated inside and outside court and how Jo was mischaracterised at court by Brown and others and how, left unchallenged, Diana believes it had a significant impact on the jury and the verdict. Listener discretion is advised.  The graphic details of Jo’s death are discussed and you will hear Brown’s actual telephone call to Thames Valley Police after he brutally killed her.


Let Laura know your thoughts on social media or via the Crime Analyst website. And don’t forget to take two minutes to leave Crime Analyst a 5-star review wherever you listen to podcasts, or you can leave one here: https://www.crime-analyst.com/reviews/new/


Sign the petition for serial domestic abusers and stalkers to be on the same register as sex offenders and ensure they are proactively assessed and monitored:
https://www.laurarichards.co.uk/stalking-law-reform/


Treat yourself or a loved one to some Crime Analyst Merch
https://crime-analyst.myshopify.com/


Thank you so much to my sponsor Babbel:
Right now, get up to 55% off your subscription when you go to BABBEL.com/crimeanalyst